I thought I would take a minute to take about my screen name. I have often been asked where it  comes from, and why I chose it. Many in the online Phish community choose a username that reflects thier favorite song, band member, or year they may have joined a message board. My username goes back to before I was able to speak.

Before I was born, my grandfather used to read a comic strip called Bringing Up Father. The central character's name was Jiggs. In his humor, he thought somehow I resembled this character, and the name stuck. During some more formative years, this moniker was not exactly the most welcome designation one could have. When they used it on me...I reject it, you could say.
Fast forward to 1997 when I first began exploring the Phish online community; The name was the first thing that popped in my head. It seemed the right time to take it back for myself. I was on Andy Gadiel's board, and the various chat's that followed it as Jiggs. Since then I have always used that name to refer to myself in this little world. 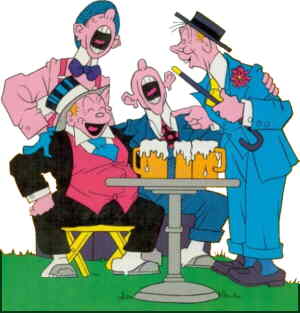 The name has now taken on a new life as kind of a product line. This was unintentional, as the blog was just started as a place to peddle my wares. Jiggs Lot was chosen mostly because it rhymes with blogspot, but now I have heard it referred to to describe my shirts and stickers...the new Jiggs shirt, etc. I have taken an effort to step up my comments and links to provide some additional content to the blog.
Thanks to everyone who reads and grabs the shirts and stickers. I vow to continue making regular contributions to The Mockingbird Foundation.
Posted by Jiggs at 2:03 PM No comments: 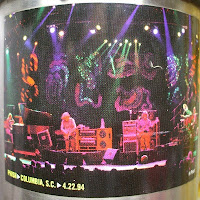 A Word About Repeats...

Sometimes when I take a suggestion for a lot shirt it has been done before. Years ago, this was easy to avoid, as there were a lot less people doing it then. Now, you can try to run your ideas by PhanArt and see if the image or idea appeared in the book, but beyond that there are not very many places you can test your idea without someone taking it for their own.
Besides the constant flack I get regarding the use of corporate logos, there's also the "it's been done" crowd. On the other side of that coin, there are people who specifically ask to re-make a shirt they can no longer find. I often find myself in the middle of this conversation. For the record, I do not set out to remake an idea. I either come up with it, or an idea is floated my way and I try to make something out of it. After the fact I am sometimes told that it has been done before.
Let's take my Ghost shirt from last year as an example. After the Ghost shirts first went to press, I was told about a 97 version that sold at . That design kept the original logo and featured a bright blue shirt with no lyric reference on the back. I thought the original Ghostbusters idea was not executed in the best way it could so I continued making that design until last fall.
In the case of the Lawnboy shirt from last summer; I was selling that one at Deer Creek and was approached by a guy that said they were exactly like his from a few years back. I found out later it was so close to the original that I stopped making those, and sold out of the rest of them. Now that I hear the McConnell ones had an earlier version, I will most likely stop production on those as well. The tag-line on the previous shirt was "88 keys played" and "Have you had your Page today". I still like mine better, but they are still a little too close to the earlier version.
In the end, they are short run T shirts, and I am not going to either destroy or save the world with them. The goal is simply to get a smile from another fan and get a little extra money donated to the Mockingbird Foundation that otherwise wouldn't have been.
If you would like to see some of the designs from last year, check out the Jiggs Facebook page and take a look at the "Past Designs" album.
Posted by Jiggs at 12:35 PM No comments: 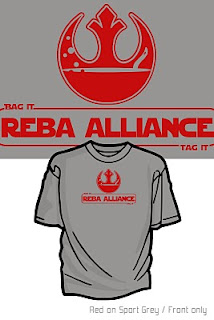 Sometimes an idea comes along that combines two of your favorite things. This one came from PT user wyldstallyns during a discussion on Star Wars/Phish username possibilities. I'll fully admit, were I not married, even being in this thread would seriously decrease my chances of getting laid. Nonetheless, the Reba Alliance shirt was born. The shirt is a one color front, printed on Gildan 100% cotton preshrunk Ultras (6.1 oz). The ladies shirts are the same, but a slightly different cut.

Get one here, and let's see about improving your time on the Kessell run. 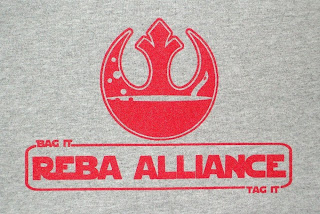 Back on the Train

These are the photos that have been making the rounds of Tom and Trey at it again...finally! (These were origianlly posted on PT earlier today) I hope this means that good things are on the way for the summer. The upload date on these photos was from today, though it's not clear exactly when they were taken.

Everybody remember where we parked... 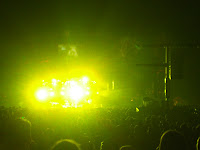 Sometimes when you are sifting through recordings you come across one that makes you smile. One that makes you remember why you enjoy the music and why you are thankful to be there. A lot of earlier recordings have understandable flaws, but sometimes when you are listening all that falls away and you are caught up for a second remembering the moments that have you waiting for tour announcements, planning your days off from work, and looking at calendars. 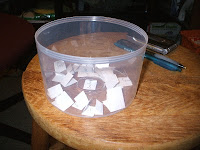 Congratulations to Twitter follower @camtin  for being chosen winner of the McConnell shirt! Thanks very much to everyone for playing and best of luck next time!
Posted by Jiggs at 10:07 PM No comments:

This giveaway is for a Mens Size Large McConnell shirt. Printed on Gildan 100% preshrunk 6.1 oz. cotton, the screen print is a 2 color front and a 1 color back. All you have to do to enter is re-tweet the following exactly as it appears without hitting the re-tweet button:

Check out shirts and stickers by Jiggs: http://tinyurl.com/ylawqch #Phish @jiggslikesphish

That's right, it's gotta be an old school copy/paste re-tweet. I will select a winner at random by 10pm EST tonight. Your winning shirt will mail out tomorrow (4/8/10). Twitter users only at this time.
Posted by Jiggs at 2:27 PM No comments:

Check out these great prints from Bruce Horan, Scramble Campbell and Vinny Naro, as well as some goodies from yours truly.

Click here to bid
Posted by Jiggs at 9:19 PM No comments:

From the creator of Phish Destroys America (the must have 1997 compilation) comes a taste of the long awaited 2009 compilation entitled "Light". ChickenCrab Creations is giving us a sneak peak of what is to come. The full set will include 10 CDs of highlights from 2009 & custom covers of original art for download. Says ChickenCrab:


I've got 7 really solid discs right now, and I need to keep working on the rest. Damn perfectionism. It will be finished, but I won't release it until I'm 100% happy with it I guess.

If you haven't had a chance to check out the other ChickenCrab Compilations, you can get them here:
Phish Destroys America 1997
Ambiance 1998
70 Volt Parade
Lose Your Effluvium I - Sum. 2009, Leg 1
Acoustic Trey
Stop Ahead (2004)